Andamiro Makes Global Moves
With New Korean HQ and Japanese Office
Andamiro USA’s parent company, Andamiro Co. Ltd., has announced that it will be moving into larger and more modern headquarters in the Ilsan Techno Town building in Goyang, South Korea, near the capital Seoul. The relocation from the old office, which was also in Goyang, was completed in the first quarter of 2018. The new office houses Andamiro’s international sales team, marketing and administration departments, as well as executive staff and the development team for the iconic Pump it Up music game.
The company builds its products in a nearby factory complex and at another facility in Incheon, Korea. The new HQ will allow the company to further capitalize on several distinguished higher-education institutions in the area, as well as the technologically advanced nature of Korea and the country’s drive to create “smart cities.” The new address is #704-1, Gongjang-dong, Ilsan Techno Town, 138, Ilsan-ro, Ilsandong-gu, Goyang-si, Gyeonggi-do, Republic of Korea.
In related news, Andamiro opened its first branch office in Tokyo earlier this year. The company says it has been building arcade products specifically for the Japanese amusement market for several years, adding it was a major exhibitor at this year's Japan Amusement Expo (JAEPO) in February. Leo Kim oversees Andamiro's business in the country. 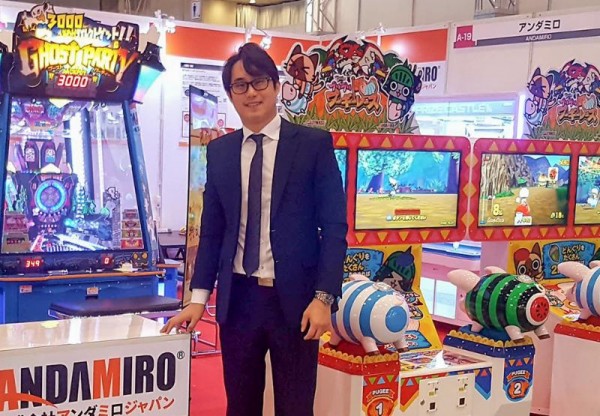